Two years ago in Prague, Ben and I met a fellow traveler from France who told us about a radio show broadcast on France-Inter, a French radio station, called "Allo La Planète" (“Hello World” in English). We spoke at length about our common passion for travel and she thought we would like the show. The host chats over the phone with travelers from all around the world who have traveled to various destinations, may have lived in some of them and have had all sorts of adventures.

We returned home to Paris but forgot to listen to the radio show until my parents, keen travelers themselves who were prone to insomnia had become regular listeners to late night shows, reminded me about "Allo La Planète", a show they really enjoyed. I began downloading podcasts for my long bus commute in London.

The show was then cancelled but popped up again on another French radio station, LeMouv’, just as I was about to set off on a trip to South-East Asia. Phew, I could rely on the last 20 podcasts to save me from a tedious 14-hour bus journey from Krabi to Bangkok! The show helped me dose off as I arrived jetlagged in Singapore, kept me company on the deserted beaches of Koh Samet and entertained me on the 20-hour train ride from Penang to Bangkok.

I love this show because it presents travel the exact same way we see it. Listening to “Hello World” teaches you a lot about a given country, about the people who travel there, those who settle there. You get to daydream a lot but you also learn about the show host, Eric Lange, who shares his own stories with the people who call in.

And it’s pretty clear that there aren’t many places he hasn’t traveled to! He was in Berlin when the wall came down, he traveled to the most remote villages of India, traveled through the United States and Eric seems to have countless travel stories to tell us. I thought he should therefore be the one to answer questions for once and take our regular Q&A. Find out more about his adventures in the following interview.

1. How did you become a traveler?

The freedom it gives you. More so than the encounters, the discoveries and all those aspects, it’s the freedom. Being somewhere else without anyone knowing where you are, having no ties, going in any direction you choose, staying somewhere for as long as you want, with just a small bag to your name, not owing anyone anything and not knowing what tomorrow will bring…

3. Which travel memory do you usually keep to yourself?

None, I’ve done so many shows during and after my travels that I’ve run out of stories to tell!

4. What is your best asset when traveling?

Nonchalance. I don’t worry too much, I cast no judgment. I don’t seek anything. I have no message, no beliefs. Patience too, you definitely need patience when traveling!

5. Your dream-place to present a radio show from?

I would be on an island. I wouldn’t be able to read or listen to the news and listeners would call in to keep me informed about what is happening around the world.

6. What is your ideal mode of transport (real or made up)?

The train. The repetitive tchac-tchac noise from the wheels on the rails, the sound of travel. At night, you fall asleep surrounded by other people, stop in dark stations, the waiting time, the boredom, the feeling of being in a fleeting village that is built in one station and dissolves in the next.

7. What do you listen to when you travel?

The sounds around me, the people, music on the streets, local TV… Not music that I bring with me.

8. A cultural practice discovered abroad that you use in your every day life?

Not a cultural practice but a habit, I use my index finger for the number 1 (like Arabs do) and not with my thumb like we do. I don’t know why but I picked up this habit after spending a year in Morocco.

9. What is the most amazing travel story you were told on the show?

A listener was in New York in the 70s during the Woodstock festival. Woodstock isn’t far from New York. But he was sure that a lineup that included Joe Cocker, Jimmy Hendrix, and Janis Joplin could only happen in California. He therefore hitchhiked across the United-States and the last person that gave him a lift told him that Woodstock was actually in New York. After that, he never stopped traveling. The best stories are the most random ones. You’ll enjoy it more if you don’t expect it. This is why I never prepare anything. Not even my first landing spot.

A family visit to New York.

Bonus: my talk (in French) with Eric on his show 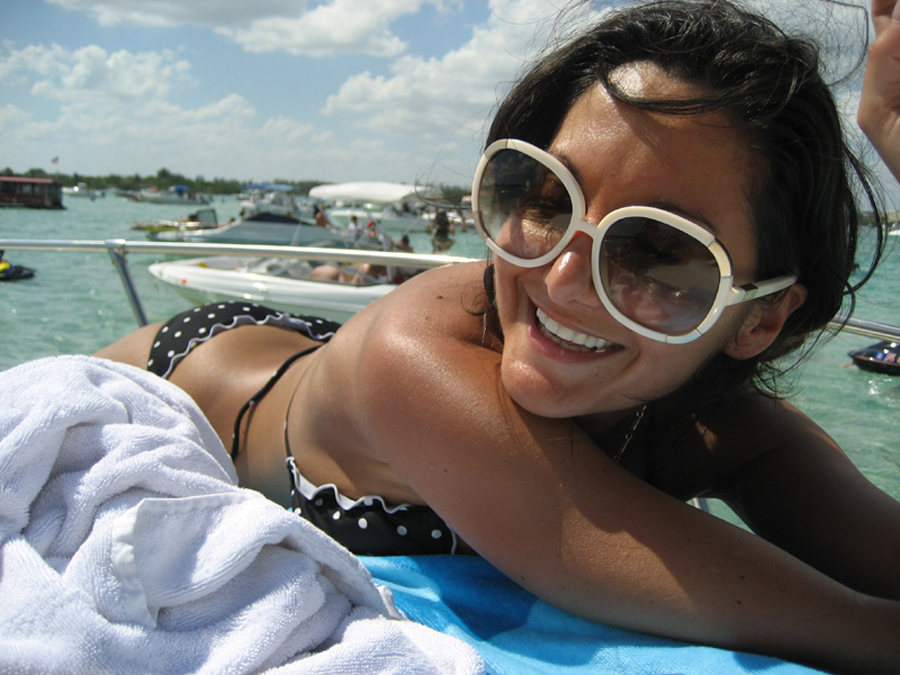 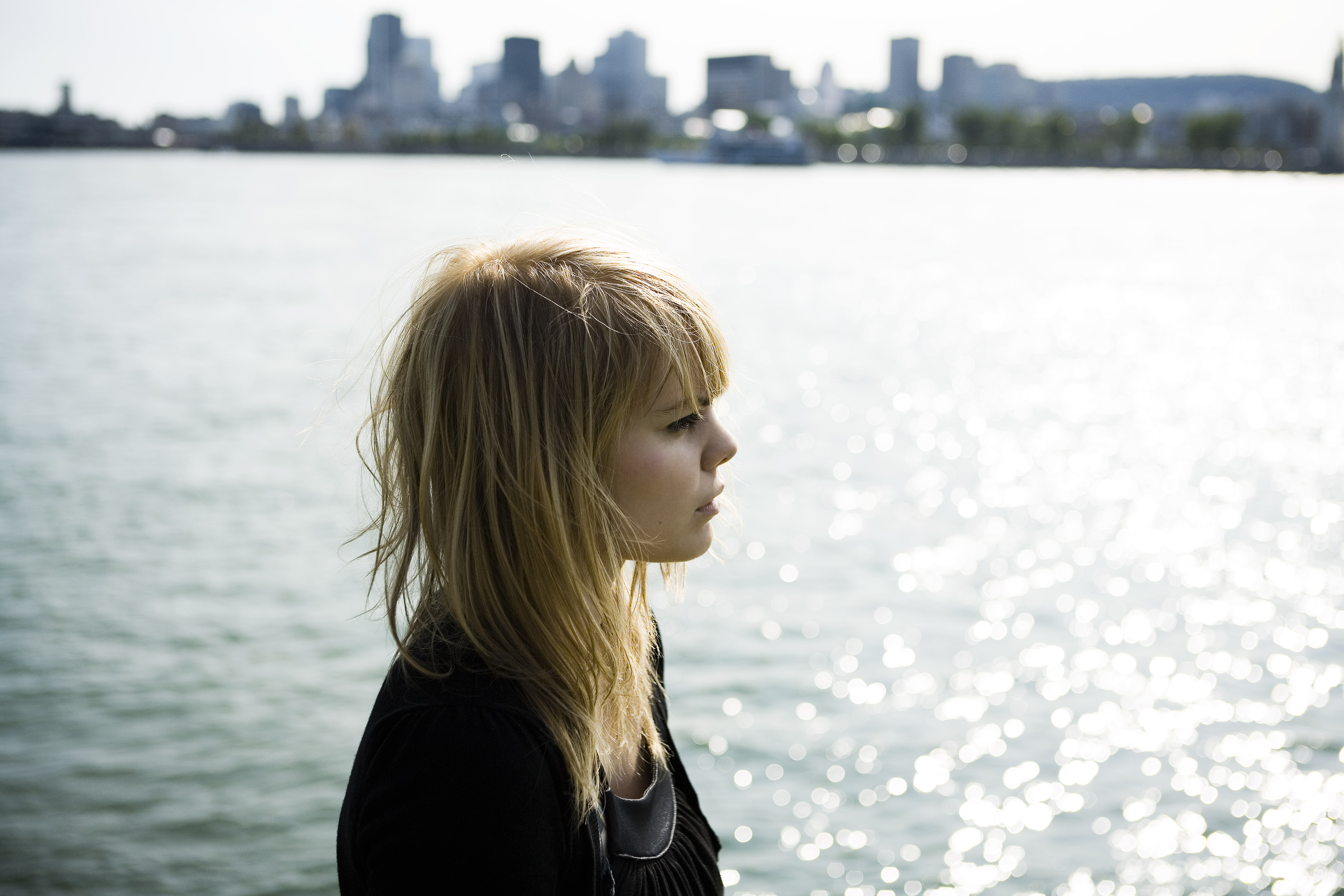 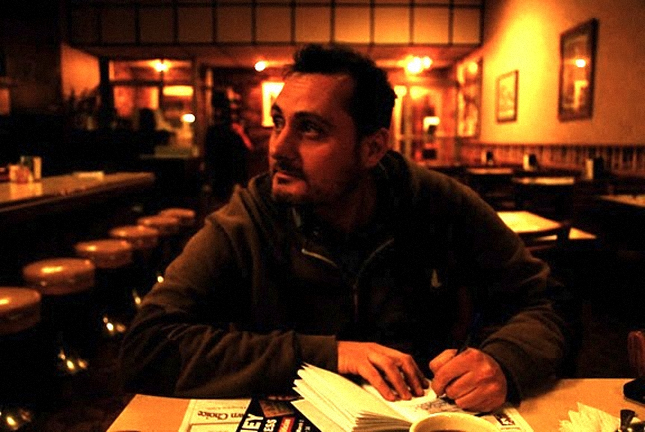 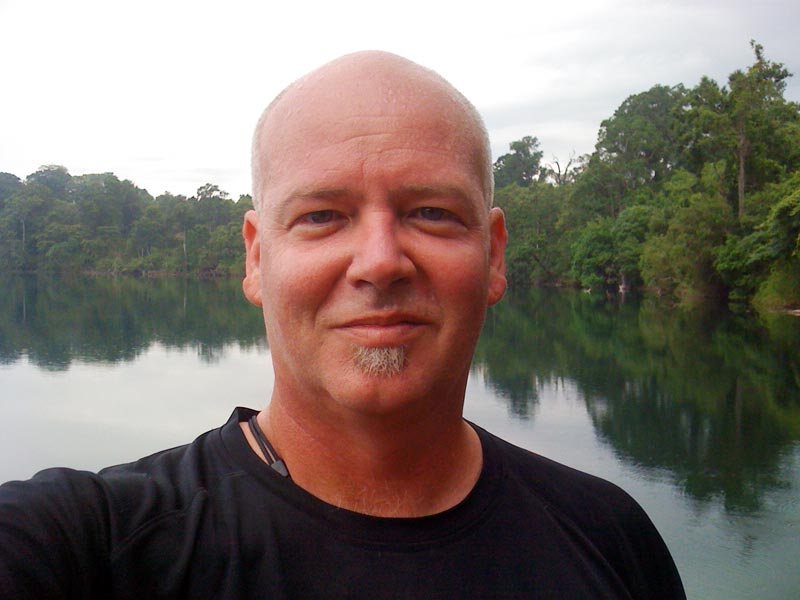